To share your memory on the wall of Debra Jo Strazzella, sign in using one of the following options:

Newark - On January 6, 2021, Debra Jo Strazzella passed away peacefully at home with her family.
Debra was born on November 22, 1954 to the late Joann Pierson and John Parks. She grew up in the Newark, Delaware ... Read More
Debra Jo Strazzella

Newark - On January 6, 2021, Debra Jo Strazzella passed away peacefully at home with her family.
Debra was born on November 22, 1954 to the late Joann Pierson and John Parks. She grew up in the Newark, Delaware suburbs but spent a considerable amount of time with her Pierson family cousins, aunts and uncles around the Landenberg, PA area.

After graduating from Christiana High School, she attended the Shilling-Douglas School of Hair where she trained to be a Barber. Deb was one of a small group of female barbers in the area and worked at many shops and Salons over the years. She eventually accepted a position in the Collections Department of the newly arrived to Delaware, MNC Bank. After the Bank's transition to MBNA, Deb worked in a variety of positions throughout her career rising to be an Assistant Vice President before her retirement. Deb was very proud of being a part of MBNA and she helped many people join the bank. She had the honorable designation of being a MBNA Founder (one of the first 200 People of the Bank).

Deb entertained everyone, she loved to listen to music, shop, dress up and she always looked impeccable. She was very attached to her pets over the years and Ginger, Foxy, Cha-Cha and Brutus were her favorites.

A more inclusive Celebration of her life will be planned when it is safe to do so.

We encourage you to share your most beloved memories of Debra Jo here, so that the family and other loved ones can always see it. You can upload cherished photographs, or share your favorite stories, and can even comment on those shared by others.

Posted Jan 11, 2021 at 11:34am
Dear Rich,
So sorry for the loss of your Deb. Sending thoughts and prayers to you and your family.
With deepest sympathy,
Dawn McLaughlin
UD Plant Operations
Comment Share
Share via:

Posted Jan 11, 2021 at 08:20am
We are very sorry to hear about the loss of your wife. Please know that thoughts and prayers are with you and your family at this most difficult time.

Ed and Misty, thank you very much for condolences. Rich

Posted Jan 09, 2021 at 12:20pm
I think of all of the wonderful times in Sea Isle and Avalon with Rich and Deb and John and Joyce. Deb had a big impact on my life - she helped me get my first job at “the firm” which shaped my entire working career. Rest your soul, dear Lady! Peace to the kids and Rich. Your mom made a big impact!
Comment Share
Share via: 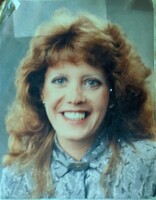 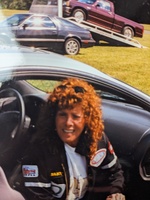 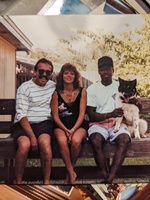 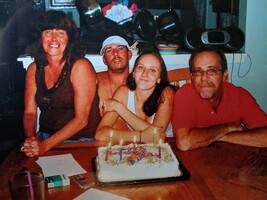