To share your memory on the wall of Michael A. Marro , sign in using one of the following options:

Provide comfort for the family by sending flowers or planting a tree in memory of Michael A. Marro

Provide comfort for the family by sending flowers or planting a tree in memory of Michael A. Marro

Mike graduated from South Philadelphia High School in 1966. He worked for the Post Office for 40 years before retiring in 2003 as manager of maintenance for Southeastern Pennsylvania. Mike was an active member of St. Jude the Apostle in Lewes, Delaware, where he served as an Extraordinary Minister of Holy Communion. He was a member of the Knights of Columbus Council 13348. Mike was also a volunteer at Beebe Cardiac Rehab. Mike enjoyed his dart leagues at the American Legion, bowling, the casino, and cards. But what he enjoyed the most was being a Pop-Pop.

Mike was preceded in death by his parents, Nicholas and Josephine Marro; his brother, Nicholas Jr; his sister, Betty; and his brother-in-law, Bill Williamson.

In lieu of flowers, memorial contributions in Mike's memory can be made to St. Jude's Children Hospital, 501 St. Jude Place, Memphis, TN 38105.

Provide comfort for the family with a meaningful gesture of sympathy.

Show you care by sending Flowers

We encourage you to share your most beloved memories of Michael A. here, so that the family and other loved ones can always see it. You can upload cherished photographs, or share your favorite stories, and can even comment on those shared by others.

Posted Feb 13, 2021 at 03:49pm
I played darts at the American Legion with Mike. He was on my team. Mike was a hoot to play with. We joked with one another and busted each other's chops. Mike and I also tried to stump one another with trivia on the Phillies and Eagles. I will miss that.

I know Mike also worshipped his grandkids. He would always show us his phone videos of his grandkids and was so proud of them. He was always concerned about his wife's medical condition and was very happy when she was diagnosed as cancer free.

Rest in Peace Mike Marro. Would will always be one of the memorable characters I will remember in my life.

Thank you. Mike and I would talk about you two often and how much we used to enjoy spending time with you.
RP

Posted Feb 12, 2021 at 09:48am
Mike has been a fixture at St Jude’s Church in Lewes for years , esp as a Sacristan.
He will be missed and we hope will pray for all of us from Heaven
Rhona Prescott
Comment Share
Share via:
PS

Posted Feb 12, 2021 at 07:32am
Connie and family,
We helped Mike with his glasses for many years. When he was in the store he always had a smile on his face. It was always good to talk to him and he will not be forgotten.
Paul & Debbie Sherwood, U.S. Optical
Comment Share
Share via:
CM 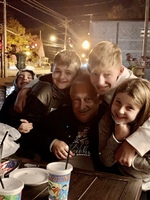 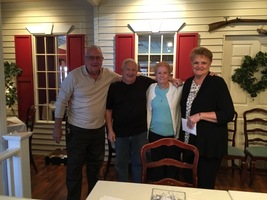