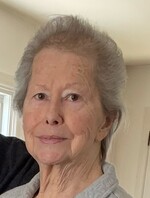 Shirley Freeman of Newport, Delaware passed away on Saturday, November 14, 2020 at Christiana Hospital at the age of 83, surrounded by her loving family.

Shirley was a 1955 graduate of Conrad High School. She worked for DuPont in the late 1950’s before becoming a homemaker.

Shirley was devoted to her family and enjoyed cooking.

She will be greatly missed by her four grandchildren, Erik Freeman, Jamie Vork, Peter & Patrick Marshall as well as her two great grandchildren, Julian & Austin.

Services and burial will be private.

In lieu of flowers, contributions in Shirley’s memory may be made to Seasons Hospice, 220 Continental Drive, Newark, DE 19713.

All rights reserved. This obituary is also archived at obittree.com