To share your memory on the wall of James “Big Jim” Anastasia, sign in using one of the following options:

Print
You can take the boy out of Philadelphia, but no matter where he goes, you can't take Philly out of the boy.

James “Big Jim” Anastasia, age 51, of North Wilmington, son of Gerald and Charlotte Anastasia, was graduated from North Cat... Read More
You can take the boy out of Philadelphia, but no matter where he goes, you can't take Philly out of the boy.

James “Big Jim” Anastasia, age 51, of North Wilmington, son of Gerald and Charlotte Anastasia, was graduated from North Catholic High School and Temple University. He began his travels at the University of Leeds in the United Kingdom, and continued to work and travel in Europe, Asia, North and South America, and Africa. After 13 years in Ireland, he returned to Philly, married his beloved wife, Anne Shoemaker, and moved to Wilmington. He took his final trip on January 8, 2021.

Visitation for family and friends will be held from 4 to 6 pm on Friday, January 15 at NICHOLS-GILMORE FUNERAL HOME, 212 E. Justis St. Newport, DE 19804. Masks must be worn and social distancing enforced including maximum of 50 people in the funeral home at one time. The memorial service will be private.

In lieu of flowers, contributions in Jim’s name may be made to any animal shelter or by planting a tree in his memory.
Read Less

Provide comfort for the family with a meaningful gesture of sympathy.

Show you care by sending Flowers

We encourage you to share your most beloved memories of James “Big Jim” here, so that the family and other loved ones can always see it. You can upload cherished photographs, or share your favorite stories, and can even comment on those shared by others.

Posted Jan 15, 2021 at 08:38pm
Sincere Condolences To You Elena , James & Extended Anastasia Family, Jim Will Always Be Fondly Remembered, He had a huge heart & An infectious Sense Of Humour . We Are thinking Of You All At this Difficult Time .R.I.P. Jim . Claire, John , Management & Staff At Jones Supervalu 🦋
Comment Share
Share via:
JG

Posted Jan 15, 2021 at 06:20am
Sending prayers to Anne, Elena and Jimbo on the passing of Jim. We have known Anne for many years and getting to know Jim was a true pleasure. Really enjoyed the summer BBQs and sitting by the fish pond at the house on a hot summer afternoon. Always with a smile and a helping hand he was a joy to be around. Sincerely, Jennifer and Phyllis.
Comment Share
Share via:
S

Posted Jan 14, 2021 at 05:04pm
My sincere sympathies to Elena, James and extended family. Thinking of you at this sad time, may he rest in peace. Síona Moynihan
Comment Share
Share via:
LH

Posted Jan 14, 2021 at 12:25pm
Our deepest sympathies to Elena, James and the extended Anastasia family on the sad passing of Jim. Our thoughts and prayers are with you. May he Rest In Peace. Micheal & Mary Haran & family
Comment Share
Share via: 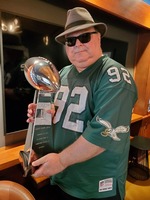 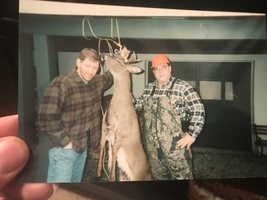