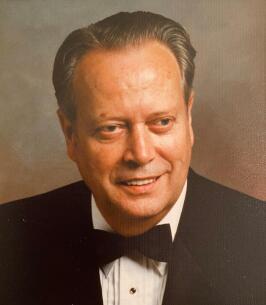 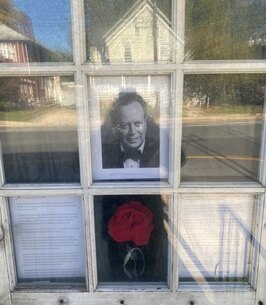 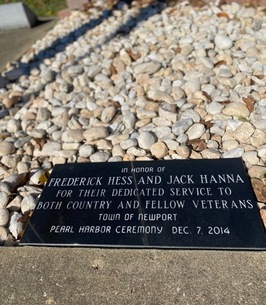 Share this tribute
Memorial Candles Lit for John "Jack" | SEE ALL
Light a Candle
"We are honored to provide this Book of Memories to the family."
— Nichols-Gilmore Funeral Home & Cremation Service
"Wonderful tribute! I thought Mr. Hanna was "just" a barber! I grew up in Newport, moved away, and I'm back again.. . .always knew of Jack's..."
— Christine Grott
Funeral Details Memory Wall Photos & Videos Send Flowers

Newport - Age 93, peacefully died at home with his daughter Pam by his side on Thursday, October 22, 2020.
Jack graduated from Conrad High School in 1944. To this day he still proudly wore his class ring. Jack owned and operated Jack's Barber Shop in Newport since 1949.

He was a life member of the Minquas Volunteer Fire Co in Newport where he was a past President. He received a "Merit of Service Award" for being a 60-year member in 2007 and an award from the Delaware Volunteer Fireman's Association for 50 years of dedicated service in 1997.

Jack also served on the Board of Directors and was President of the former Newport Building and Loan Association for 25 years.

Jack was very active in the various Masonic Lodges for over 40 years including the Armstrong Lodge #26 where he was Master of the Lodge twice in 1989 and 1999. He served on the Grand Staff of Masons in Delaware. He was also a member of the Five Points Chapter #13 Order of the Eastern Star which is now Caesar Rodney #8.

Jack was the former Commissioner for the Town of Newport from 1967-1973 and then served as the Mayor of Newport for 10 years until 1983. He organized two parades, Newport's Bicentennial Parade and the Dallas Green Parade to honor hometown hero, Dallas Green, manager of the Phillies when they won the World Series in 1980.

Jack helped develop the Newport Industrial Park providing revenue for the town. He also took part in creating the Newport Memorial Park and getting the old Navy gun that sits there for recognition and thanks to the local veterans. Jack was co-chairman and co-organizer of the Pearl Harbor Observance in Newport from 1973-2009. This ceremony continues under the direction of the Delaware Military Academy.

Jack loved animals, especially his cats. He loved the beach and all his friends at Hollywood Beach, MD. Most of all, he will be remembered for his #1 accomplishment being a best friend, mentor and best father in the world.
Jack was preceded in death by his wife of 51 years, Rosemary Hanna in 2000; his brother, George; his sisters, Elsie and Joanne; and his 3 best friends, George Garber, Fred Crocker, and Bob Maclary. He is survived by his daughter, Pamela Hanna.

Funeral Services will begin at 11 am followed by Masonic Services on Thursday, October 29 at NICHOLS-GILMORE FUNERAL HOME, 212 E. Justis St. Newport, DE 19804 where visitation will begin at 9:30 am. Burial will follow at St. James Church Cemetery in Newport. Masks must be worn and social distancing enforced including maximum of 60 people in the funeral home at one time.

Jack's family wishes many thanks to Vitas Home Healthcare, especially Tracie and Tyisha.

In lieu of flowers, contributions in Jack's memory may be made to the Alzheimer's Association Delaware Valley Chapter, 399 Market St #102, Philadelphia, PA 19106.

To see a video of Jack's Funeral Procession past the firehouse copy and paste this link into your browser: https://youtu.be/K_JRD-L3voE

We encourage you to share any memorable photos or stories about John "Jack" . All tributes placed on and purchased through this memorial website will remain on in perpetuity for future generations.

SD
Your dad cut my hair when I was a kid and adult until mid 2000-2005 when we moved to Texas. I thoroughly enjoyed the small town discussions of politics, sports and homespun small-town Delaware life in general. What a great gentleman. May God rest his soul.
Sal DeAngelo - Thursday November 19, 2020 via Condolence Message
Share This:
T
Hi Pam, This is Tammy From Docs Office, I loved your dad he always made me smile. I will truely miss him and you. You take care of your self, Please call If I can Do anything. Love tammy
Tammy - Thursday November 05, 2020 via Condolence Message
Share This:
ES
Jack was such a great Mason and gentleman. He will be missed by all who knew him. May God give comfort and strength to the family. With sympathy, Gene & Joanne Small
Eugene Small - Sunday November 01, 2020 via Condolence Message
Share This:

BS
Hi Pam,
I have so many memories with your dad. Of course they are all from the barber chair. When I turned 50 my sisters Mary Ellen and Ann put together a scavenger hunt for me. St Matthews was a stop and the next was the barber shop. Your dad cut my hair and I joked telling him 'what happened to the .35 hair cut'. He retorted, 'it's the same .35 hair cut, but it's $10 now. Of course he comped the experience and even opened up the vintage coke machine and treated us to cokes. How special! I learned my politics from your dad. I remember hearing him debate with customers the Newport by-pass that was in play for years. Your dad got my baseball autographed by Dallas Green. He is a hero to me today as he was so influential in my life. I asked him on my 50th birthday, why I never could communicate how I wanted my hair cut. I would tell him I want it long here and the clippers would just keep buzzing. He confessed that my mother would call the shop minutes before I arrived on my bicycle. Her instructions were "I'm
paying the bill so here's what you'll do. Big belly laughs !!
I graduated Conrad 1971. I think we were in the same class. I remember you, but can't place the year. I hope you're at peace. I have been living in Northern California the past 30 years. I worked a career with Safeway Stores and they are headquartered outside San Francisco. All the best to you.
Best regards, Bill Schauber
707-888-4476

T
So sorry, Pam. I liked your dad from the first day I met him. I’ll miss him always asking, “Hey. Want a beer?”
Theresa Saunders - Wednesday October 28, 2020 via Condolence Message
Share This:
ET
Dear Pam,
Your Dad was such a wonderful person to me and others. He will be missed. I will send to Humane Society in his name, he was so kind to my animals, I will always remember his walks past the house, and his great conversations every day. He will be missed.
Evelyn Turner
Evelyn M Turner - Tuesday October 27, 2020 via Condolence Message
Share This:

Wonderful tribute! I thought Mr. Hanna was "just" a barber! I grew up in Newport, moved away, and I'm back again.. . .always knew of Jack's Barber Shop. ..didn't know him personally but wanted to send my condolences as a Newport resident. Holding this family in His Light.
Christine Grott - Monday October 26, 2020 via Memorial Candle
Share This:

TW
My deepest sympathies go out to you( Pam)& everyone that loved John.. May God give you the peace seek..It has been a pleasure knowing you and your father! He had such a good heart and an even better sense of humor..GOD will see you thru this
Tyisha Williams - Sunday October 25, 2020 via Condolence Message
Share This:

CK
My Father was a friend and fellow Mason of Jack's. We thought the world of him .
Carol Jester Kusel - Sunday October 25, 2020 via Condolence Message
Share This:
DM
Dear Pam, I am so very sorry for your loss! May your many wonderful memories help to ease your sadness during this difficult time. Prayers and Hugs.
Donna Bianchino Miller
Donna Miller - Saturday October 24, 2020 via Condolence Message
Share This:
1
Page 1 of 1
Share
×

Share on Facebook
Send flowers to the family
Choose from beautiful standing, table and basket arrangements. Safe and secure online ordering.
View Flower Arrangements
What has already been purchased for the family?
Subscribe to Updates